a) Average expected life of tree, in years, from sprout to death (approx. numbers)

The Black Mulberry Tree can expect to live within a range of 25 to 50 years, and some varieties of Mulberry have been known to live longer (up to 100 years).

b) Years until trees first fruit (i.e. some trees fruit within a few years, others can take decades)

It can take up to 10 years for a Black Mulberry Tree to produce fruit from a seed, although this time period is less if planted from a sapling.

The fruit of a Black Mulberry ripen during the summer and can be harvested during the mid to late summer period.

d) Expected or average number years tree expected to fruit for once it begins. (ie year 8 to 20 = 12 yrs)

If the Black Mulberry tree can expect to bear fruit after 10 years, and live to an age of between 25-50 years, then the average number of years the tree is expected to fruit is somewhere in between 15-40 years.

The Black Mulberry is known to have originated in South Western Asia growing in Mesopotamia and Persia, and more recently in many middle eastern countries. It was brought to Europe by the roman empire.

The average annual rainfall in the Mulberry’s area of origin (Persia/Iran) is about 1000mm to 1500 mm, although the tree can survive in slightly drier regions.

The Latin name for the black mulberry tree is “Morus Nigra” and is a member of the “Moraceae” family.

h) Any other products, benefits, useful or interesting facts about of tree:

The Black Mulberry Tree has a variety of products and beneficial uses including;

The Black Mulberry can also be used for a variety of other uses that benefit the landscape and ecosystem including:

i) Height, width and shape of tree at maturity.

The black mulberry grows between 8-15 metres high, and between 10-15 broad/width during maturity – some can occasionally grow a little bigger.

The black mulberry has a spreading, rounded shape to it which is almost domed. It can have a dense and course canopy and can grow from a single trunk or multiple trunks. The estimated trunk diameter can range between 1 – 1.5 meters.

j) Challenges or special requirements, such as needing other varieties in order to fruit.

The main challenges associated with the Black Mulberry Tree relate to problems caused by fruit dropping onto surfaces (or being dropped by birds and small animals) and staining them, as well as the size of the tree itself needing a large area to grow in and therefore not being suitable for small gardens.

The tree’s pollen has in a few minor cases been blamed for irritating allergies related to hay fever.

Fruiting is relatively easy as Black Mulberry trees are generally wind pollinated and do not require cross-pollination. 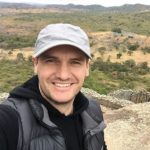 Tree Friend #1 Data Sheet Morus alba ‘White Mulberry’ I have chosen the White Mulberry and propose to plant it in Canberra ACT, Australia for a number of its benefits including quick growth, self-pollinating (and attracts pollinating insects and birds) and edibility of its leaves and fruit. Average expected life of tree, in years, from […]