When it comes to where you live – is planet Earth nothing more than real estate?  As a permaculturalist, that is the question I’ve been considering over the past few years – as I search for the perfect land share agreement (which I intend to write myself).  To answer this question, I attended a course taught by the University of Leeds [1] “Environmental Challenges: Hierarchy in Property Rights”.  This work is the notes I compiled.  But before we start, I would like to remind you of the significance of a land share agreement.  Well, it all starts with hunter-gatherers, then agriculturalists – and now, landowners.  Many people are fast observing the destructive nature of the consumeristic “own everything” mentality, with the “American Dream” having developed into a nightmare scenario [2].  And, very seriously – a major driver of climate change.  Alternatives are developing fast – communal spaces in both urban & rural environments, the support of local living, land share agreements & living in communal groups (including extended family or friends).  Let’s look at what I learnt.

Traditionally, there are two major perceptions of nature:

Hunter-gatherer mentality is that nature is a generous and giving parent who provides abundantly.  Thus, sharing is their natural way of behaving.  They share & exchange with the group for mutual benefit, and do not need security as they have so much.

Agriculturalist mentality is that nature is a controlling ancestor who when displeased, may take away.  They grow & trade for money or goods and find security through saving excess.

In permaculture (a branch of agroecology), we attempt to move back to the abundance of the hunter-gatherer days.  Thus, our environment mimics a natural system.  However mentally, we display a mix of the two.

The wild tree that bears fruit does not expect a return for sharing with the gatherer.  If humans are an integral part of nature – then they are one with the tree – and the one who harvests should not expect a return either.  However, the ‘tragedy of the commons’ is that without some restrictions, over-use goes unchecked & the incentive is to gather in such a way that maximizes personal gain.  This can lead to over harvesting/grazing.  The idea behind property rights, is that it will control over grazing/harvesting.

However, this prevents the common right to wild species.  In Finland, there is “every man’s right” to pick wild species, if they are not protected.  Generally, true ‘open access’ does not exist as there is always some form of regulation.  In Finland, this is a social expectation that people will respect nature & other’s enjoyment of it.

Lastly, it can be said that it may be natural to over-graze, nature is dynamic and who are we to define what is and is not natural.  After all, people are part of nature too.

Sometimes, it can appear that land is managed better via property ownership.  However, in reality – nature is highly abundant & diverse for many species (not just humans).  What can appear as better management practices is often selective growth to suit human needs.  The key to remedying this, is to ensure land clearing for human centric species does not occur.  If human centric species are required, these should be integrated into the existing environment.  Thus, there is no decrease in natural abundance – but an increase, to cater better for human needs.

We can see that the traditional perceptions of nature (hunter-gatherer & agriculturalist) no longer fit.  A new perception (along with a language to describe it) needs to be developed to understand the best way to manage land.

TO WHAT EXTENT DO WE OWN NATURE?

Standing on an ocean cliff enjoying the wind does not bring you to feel you own it – however enjoying the birds & flowers in a backyard does.  Between that ocean & your backyard there are many natural environments – can these be owned?  By who?

It is commonly believed that an agricultural society needs property rights & these are often divided into 4 types of rights:

These rights can be bundled into different combinations – into a hierarchy of property rights.  An owner* would have all five rights.  A proprietor* would not have alienation rights.  A claimant access, withdrawal & management…and so on as shown below:

*  Owner and proprietor are often used interchangeably, however it is now evident that there is a difference in meaning.  This description explains that difference. Due to such high diversity, Ostrom has defined the core goal of public policy to be:

…to facilitate the development of institutions that bring out the best in humans.

And the most important aspect of it all, to be:

…to communicate (which requires the right language).

Garett Hardin’s essay ‘The Tragedy of the Commons.’ discusses the contrast between social & technical solutions.  Here are notes from listening to a podcast about this topic:

THE EFFECT OF POPULATION ON A LANDSCAPE

Question:            Can we retain biodiversity AND have an equitable distribution of resources (particularly for local people)?

Several models and theories explain the effect of population on land.  Generally, an increase in population causes:

In some locations this may be true.  However, often (an increasingly so) – this model does not fit.  A more accurate model would be:

This is driven by:

What contribution can plant & animal diversity make to feeding the world?

Diversity is achieved through…

Why doesn’t this occur?

So how can we encourage a better way:

A look into how biodiversity fits into the economic market in the box below [3]:

The term biodiversity can mean two things – genetic diversity or functional diversity.  Measuring genetic diversity does not always work – as bias towards ‘cute’ or attractive species means the others are omitted.  Before we look at functional diversity, what is it?  It is looking at a species’ function.  For example, one species may be the basis for a whole range of others, while another does not (it is functionally redundant).  Thus, some species play a more important role.  This is what holds the balance of nature in place.  Thus, we are focusing on the biological integrity of the system.  This is where trophic level (food web) analysis comes into play.  Functional diversity may be interpreted as the number of species required for a given ecological process.  For this to occur, the ‘keystone role’ of a species needs to be identified.  Thus, we may identify groups of significant species.  In addition to this, we must understand how to manage a landscape as some species require a disturbance to thrive.  We can maximize biodiversity through supporting a dynamic landscape, while at the same time allowing for low-intensity use (thus the environment looks after itself).  Thus, biological resources in low-intensively managed environments maximizes our economy through biodiversity. Prediction of the neo-Malthusians is that population will outstrip the supply of food & other key natural resources.  The subsequent famine & disease will limit the population.  There will be wars due to competition for the ever-decreasing resources.  Before this happens, the world will have been transformed into a different place by human domination & overexploitation of natural resources.

But there is a light at the end of the tunnel – another way.  Increasing population results in better natural resource management.  Thus, the land & oceans can be used to their best advantage.

Humans are self-regulating.  An increase in population leads to:

Douglass North (Nobel Prize winner) calls property rights – institutions.  He describes these institutions as ‘the humanly devised constraints that structure human interaction’ & said that they are made up of:

THE IMPORTANCE OF LANGUAGE

There are two language issues which result & need to be accounted for (and thus managed):

Just remember….” Until the lions have their own historians, the history of the hunt will always glorify the hunter.” (Chinua Achebe).

Usufruct property rights – not formally recognised. People within the community know who owns what and who has access rights or extraction rights from different parts of the natural system, but it’s not legally codified (but through a system of social contracts, and social obligations, and social responsibilities).  If these rights are lost, it can lead to loss of access to resources, alienation or displacement.

HOW WOULD YOU DESIGN A PERMACULTURE LAND SHARE AGREEMENT?

Here are some points to ponder – using directives on how to write a policy brief.  Using this method will help you think outside the box and identify a variety of opportunities available to you.  If you are writing the agreement yourself – this is worth doing, especially if the property is unchartered!

A brief must be concise & accurate:

The brief should contain:

Thank you for considering your options regarding land stewardship and property rights.  And I wish you all the best for your permaculture land share agreement! 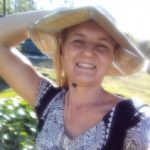 Bacteria produce electricity. This article explains how they do it & shows you what you need to produce free electricity from compost, garden soil, potted plants, wormfarms, greywater systems, blackwater systems, aquatic plants…bacteria!

A step-by-step guide in how to feed the organisms which live in soil & how to inoculate soil with life. Because plants depend on the soil food web for nutrition. Living soil is healthy soil.