Down in the Republic of Panama, a small group has embarked on a journey of a more internal nature, eating a highly diverse set of plant species specifically from permacultures, and testing the effects athletically. They are calling it the Nutritional Diversity Diet, and the results they are recording are nothing short of breathtaking, and this is from the group who will tell you first and foremost to breath.

Speaking of breath, the lung of fresh air is of a higher quality on the permaculture farm, versus other agriculture installations, with diversity removed (one crop) and the array of spray that kills a shelf of pollinators a day. The air created in the permaculture environment modeled after nature, breathes so much more freshly, and is much more invigorating and empowering.

The modeling after nature of the permaculture drives the agricultural focus towards a high number of species, and this is the model of human health and evolution. Curiously the world continues on eating a narrow spectrum of nutrition, that comes from less than 17 and as few as 2 species a day [1] . It is this high number of species that caused the evolution of man, through gathering and hunting at a time, where this was the days main focus.

Without getting lost in the devolution created by the office chair, grocery store, and automobile, the mono culture crop is human advancement and optimization’s scariest foe. Now thanks to the Nutritional Diversity Diet, and the information surrounding, the main focus for me and my daughter has become the long lost art of eating from the limitless biodiversity.

Now we can’t exactly order up a ktuk, mashed piffa and chayote plate, with a nectar of passion fruit – ambrosia herb drink here in the States, like the boys down in Panama are doing. We don-t even know the names of the tropical “ultimate nutrition” they would rattle of to us.

I am really under selling it in fact, these guys are eating a minimum of 60 different wild and permaculture species and this diet variety hits as high as 200 species. Now that is a kicker right there, and not only would it be hard to stack this amount of food biodiversity up with modern mono crop farming, according to our new authority on diet: this food is toxic [2].

Okay so we need a minimum of sixty species. Where does that in today-s culture “crazy” idea come from? Well right in front of our faces that is where! Zoologists, nature and wildlife experts study plenty of  primates and other mammals and log the species of foods they eat, and these logs are one piece of evidence that indicates proper nutrition for large biological life forms.

Let me switch it up and talk gemstones a minute. So in human life, I would say most of the 2019 world populous is selfish, uncaring and dishonest. If your an honest person, I would call you a gem! Diamonds the most precious gem of all (so they say), are created over lot-s of time, and lots of experience and, lots of pressure.

One thing I noticed the lead researcher on the team in Panama, Brandon Eisler saying more than five times, is “diamonds are made under pressure.” Of course this individual seemed to me like he could care less about a physical diamond, he was talking about people, the “real diamonds.”

Turns out this guy discovered the practice of correct eating, through extreme pressure. According to him he experienced a mental and physical hardship, “almost indescribable.” He mentioned there was a clinical term “parental alienation” and that this was “a voodoo ritual inspired by government and employed by selfish black hole people to effect harm against those who make them feel small because they want nothing to do with the person.” He continued to explain that “they use innocent children, who have nothing to do with any conflict or rejection to do this ritual. They are the arrow used to slay the target and many do die, and all targets will suffer their worst pain, and become their worst version.”

One of the most intriguing encounters and experiences of my life just got way more juicy. But before I could pry any further he calmly and with much calculation said “now it is time for the best green juice you have ever had.” It had 34 different species in it and was delicious on a whole new level of the word! I floated back to my car that evening.

A year later for me, today I have put together a whole new kitchen, and my plates have never been the same since meeting these fellas in Panama. I will never forget the 38 year old man who looked and was built as if he was 28, who could run for miles and whose friends all said the most powerful, insane workout machine in the gym was him. I order my food from several permacultures even when I have to freeze ship it. I have worked out a whole system of getting my veggies and I have not entered a grocery store in the last six months. My mind, my body, and my job performance are all at new highs I never had before this. I have committed myself to the sciences of Nutritional Diversity Diet and Permaculture, and I have promised my self and the Great Spirit above I will share this truly powerful and life changing information. 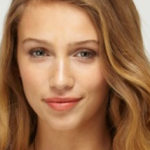 How to process TURMERIC and it’s active ingredient CURCUMIN.

Are These Potent Inhibitors of Coronavirus in Your Kitchen Garden?

In this post, we use peer-reviewed journal articles to understand how a collection of edible plants help generate immunity to coronavirus (COVID-19) & other serious viruses.