A critical part of NASA’s Journey to Mars is growing food in space. NASA’s plant experiment, called Veg-01, is already operating and growing lettuce in space. Astronauts on the International Space Station are ready to sample their harvest of a crop of “Outredgeous” red romaine lettuce from the Veggie plant growth system that tests hardware for growing vegetables and other plants in space.
Credits: NASA

NASA’s plant experiment, called Veg-01, is being used to study the in-orbit function and performance of the plant growth facility and its rooting “pillows,” which contain the seeds.

NASA is maturing Veggie technology aboard the space station to provide future pioneers with a sustainable food supplement – a critical part of NASA’s Journey to Mars. As NASA moves toward long-duration exploration missions farther into the solar system, Veggie will be a resource for crew food growth and consumption. It also could be used by astronauts for recreational gardening activities during deep space missions.

The first pillows were activated, watered and cared for by Expedition 39 flight engineer Steve Swanson in May 2014. After 33 days of growth, the plants were harvested and returned to Earth in October 2014. At NASA’s Kennedy Space Center in Florida, the plants underwent food safety analysis. The second Veg-01 plant pillows were activated by Kelly on July 8 and grew again for 33 days before being harvested. The seeds had been on the station for 15 months before being activated.

The Veggie system was developed by Orbital Technologies Corp. (ORBITEC) in Madison, Wisconsin, and tested at Kennedy before flight. Veggie, along with two sets of pillows containing the romaine seeds and one set of zinnias, was delivered to the station on the third cargo resupply mission by SpaceX in April 2014.

Read the original full article on the official Nasa website:

More about the Veg-01 experiment here:

Are you excited about growing food in space? What do you think? Leave a comment below. 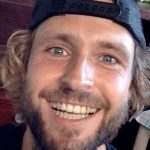 Thinking about solutions all day.

Bacteria produce electricity. This article explains how they do it & shows you what you need to produce free electricity from compost, garden soil, potted plants, wormfarms, greywater systems, blackwater systems, aquatic plants…bacteria!